The H.E. Neumann Company was founded on April 1, 1924, by Henry E. Neumann, a journeyman plumber. He set up shop in the old T. A. Little Plumbing Shop on the east side of Market Street, and began by accepting small plumbing contract jobs.

The venture obtained its first major contract when Ritchie School was built in South Wheeling. By the late 1920s the H.E. Neumann Co. was working on such major projects as the Capital Theatre, the Fokker Aircraft Plant in Glen Dale, the El Villa Apartments, the South Penn Oil Company, and many others. As growth continued, the firm’s operations were diversified and it began the installation of industrial piping systems and municipal water systems. In 1936, the H.E. Neumann Co. was incorporated under the laws of West Virginia. Henry E. Neumann became the first president and director.

The late 1930s saw a new field opening in the industry-air conditioning. Air conditioning soon became a large part of the firm’s business. Henry E. Neumann passed away on September 23, 1943; Herbert C. Wagenheim became president. The firm felt keenly the loss of its founder but continued to grow, and when the post-World War II construction boom hit Wheeling the H.E. Neumann Co. was ready. In 1949, it moved to offices at 92-16th Street.

Under the leadership of its officers and employees, what began in 1924 as a sole proprietorship specializing in small residential and commercial construction now encompasses the entire spectrum of building projects. The H.E. Neumann Co. truly is a leader in the industry, and looks forward to continuing as part of the Wheeling area’s growth and development.

H.E. Neumann Co. is committed to providing the very best value to every customer’s construction project needs. Our goal is the highest quality installation and on-time completion, both provided within the customer’s budget and facility constraints.

Our Commitment to Safety 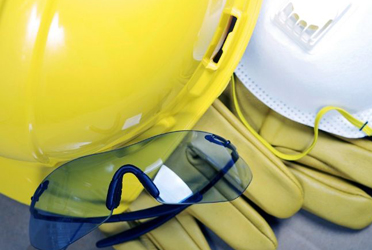 The safety and health of our Team Members, as well as the protection of our environment, are the highest priorities to our company.  Our work is never so important that we cannot take the time to do it safely.  We believe that all injuries are preventable, and everyone is obligated to express concerns about any hazards seen.  Achieving excellence in safety leads to achieving excellence in business.